Earlier this year we held Creative: Build Discovery's first ever build contest, and it was a roaring success. Now, we're back with a second contest, and another four theme options for you to vote on!

The contest will run for two weeks, in a similar format to the previous contest. Full rules and rewards will be included in the start of contest announcement.

Poll:
In addition to two themes which proved popular runners-up in the previous contest's poll, we have added two additional options we hope you'll love:

To vote on a theme, click on the link below. Please keep in mind that this poll will require you to sign in to Google, however, we will NOT be collecting any emails or personal information. The login requirement is purely to reduce duplicate answers from individuals or any other mishaps. 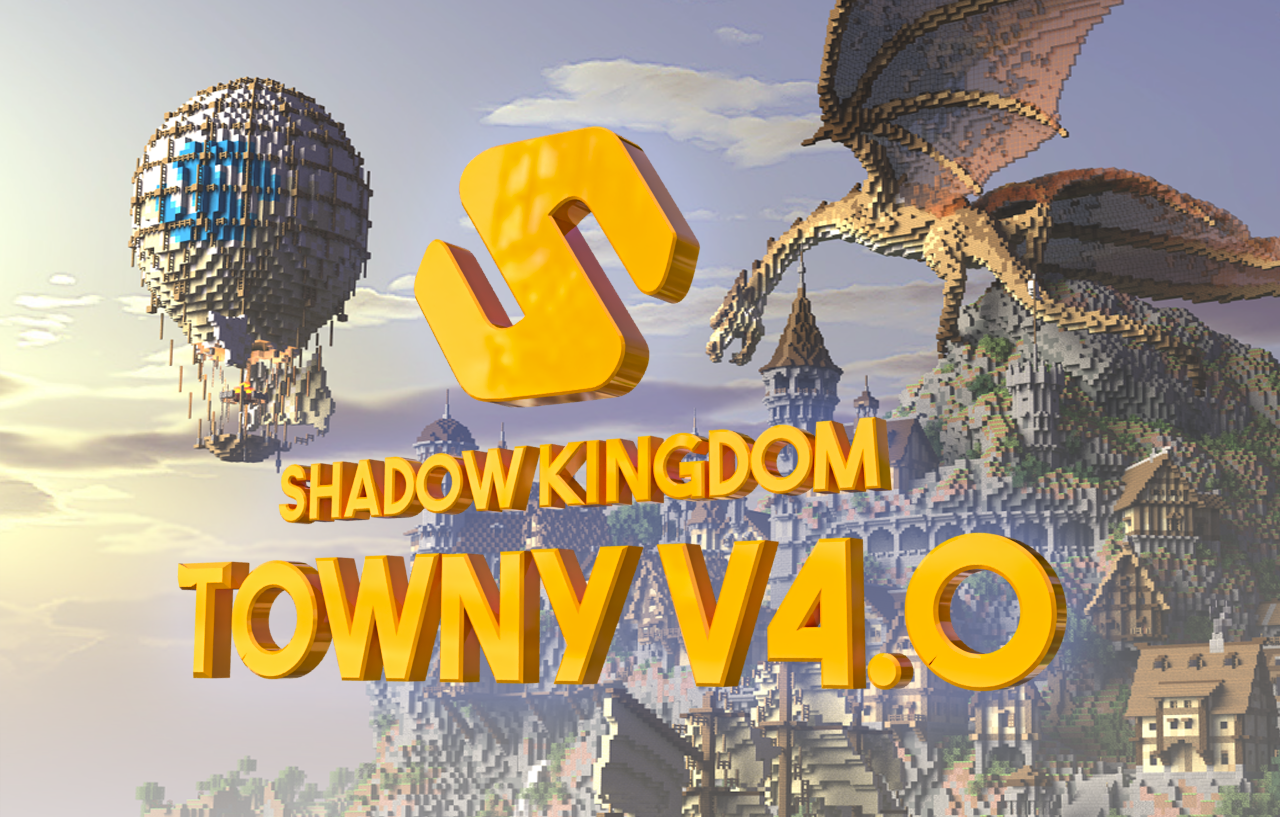 Towny v3.0 has been, without a doubt, the most successful server we ever had on this network, featuring player counts we didn’t think to be possible. It has been an epic journey, but now the time has come at last to put the old server to rest. Therefore, I am excited to finally announce the newest iteration of towny servers: Towny v4.0! Our main goal with this server was to create the best towny experience so far by addressing all the feedback we got during the last year, as well as adding hand-picked new features along with true 1.15 support.

I would like to take this opportunity to thank the whole community for their support and feedback, after all it is only thanks to you that we are able to release this server! In the following paragraphs I will high-light the new main features and changes.


Ranking up and Quests​
One of the main issues of Towny v3.0 was, that ranking up took a lot of time and was often not worth the effort, especially when you had a town to take care of at the same time. To make earning money easier, we will introduce more than 300 unique daily quests. These quests are unlocked for a specific job as soon as you reach a job level of 10 (even better ones will be unlocked at higher levels). Due to the daily limit of one quest per job, the rewards can be high enough to be your new main source of income. On top of that, we reworked the ranking ladder to make ranking up more worth it, even if you are already a donator. The main perks are small, but significant boosts to your job income and a new custom-coded storage system for your experience.

Completely reworked Treasure Hunt​
Everybody who played the Treasure Hunt in T3 might have noticed two things: Some of the reward crates were mostly useless and the world looked very unfinished in places. This is why we reworked most of the rewards, now including several new, unique items with unique effects. There will for example be a Sharpness VI axe for all those axe fighters among you and a Looting IV sword. A full list of prizes will be revealed in a separate announcement though. Additionally, we replaced the old TH world with a completely new one, made under the lead of 0o0_0o0_0o0, with a far more diverse environment....
Continue...
Creative Build Contest - Undiscovered Civilizations - Results
6 472 by sh2mrr5 : May 21, 2020 at 2:21 PM

This build contest has been an amazing journey through undiscovered lands and their peoples. We have seen magical creatures, strange worlds and even a glimpse of the future. It has been a lot of fun watching all of your builds grow and become something unique and awesome. There can only be so many winners and deciding on them was not an easy feat. So even if you did not manage to win this time, the next contest will give you a new chance to prove your skills

Now, that the results are here, everybody has two weeks’ time to copy their build over from the contest world to their own plots and then to submit them as a build if they wish to. The first three places will be copied over to the museum world in the next few days and will be submitted from there. Store coupons and build points will be distributed over the weekend as well.

Without further delay I will present the winners now:

Finally, I would like to thank all the amazing builders and staff members who made the contest possible!