I am conducting a voting contest beginning July 1st, 2017 at 12AM EST and ending July 31st at 12AM EST on the dot. This contest will reward players with over $300 worth of prizes at the end, absolutely for free. This will be the biggest voting contest in all of SK's history, so I encourage all players to participate!

I am announcing this contest quite a few days before the beginning date, because I want all players to have an equal chance and be aware that this contest is going on, so you all can plan accordingly.

Follow are going to be the prizes that players who place in the July Voting Contest will receive. We will be rewarding the top 10 voters in July.

Extra Info
1) If you already possess the rank for the place you landed at the end of the voting contest, you will get one free rank upgrade. This upgrade does not depend on your current rank. So, if you have VIP rank and place 5th in the voting contest, you will get a free upgrade to Patron, for example.
2) If you have Benefactor rank and place 1st - 5th place in the contest, you will only receive the free coupon prize.
3) If more than one player ties at the end of the month...
Continue...
Staff Applications
7 1,094 by Daphsquid : Jun 22, 2017 at 3:34 AM
Hello players,

This is a friendly reminder that in light of recent events, we have a few new staff positions open. If being a staff member is something that interests you, please feel free to apply here after confirming that you meet all of the Guidelines and Requirements.

Staff requirements
Best of luck to all those who decide to apply!
Continue...
Introducing: Hide and Seek!
3 854 by Daphsquid : Jun 15, 2017 at 5:42 AM
Many of you veteran players remember when we used to have Minigames nearly two years ago. Unfortunately they were removed due to outdated plugins. But today, I'd like to introduce the first of many all-new Minigames that we will be adding to the Shadow Kingdom Network called Hide and Seek. 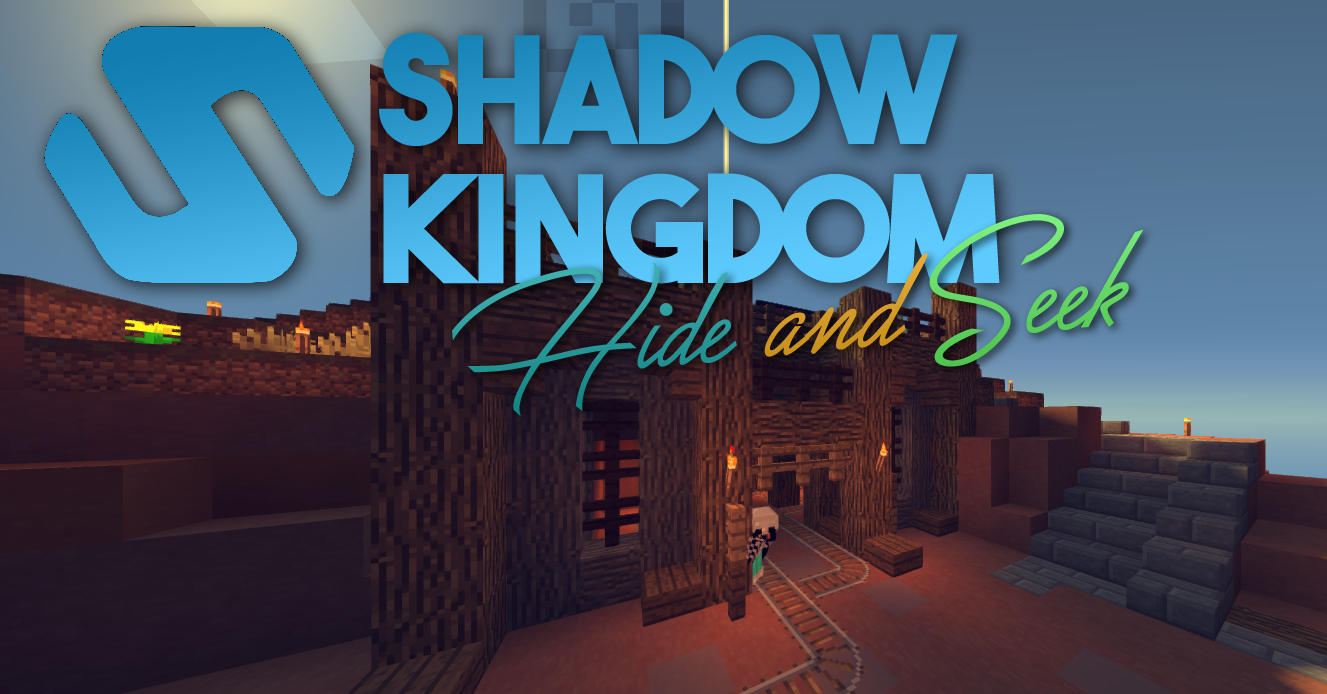 ​
Shadow Kingdom Hide and Seek will be a feature-packed server filled with awesome rewards and prizes for winning games. You can earn ranks, buy upgrades, and further your Minecraft character by simply playing the game. Unlike our old Minigames, this game will be established and self-sustaining.


Q: How do I play this game? ​
A: When you join the server, you will automatically be teleported into the Lobby, where you will vote on a map to play. After the timer runs out, a random player will be chosen as the "Seeker" while all other players will be "Hiders." The job of the Seeker will be to find and kill the hiding players, however, this is easier said than done. All Hiders will be disguised as a block which blends into the terrain of the maps, and their jobs are to stay alive until the end of the game.


Q: When will this amazing game be released?​
A: This game is planned to be released on June 23rd, 2017. Meet us online that day for the grand opening!


Q: How do I join the server?​
A: After the server is released, simply type /hideandseek to instantly join the game! Please note that until the release date, the server will not be open to all players.

Have any questions? Comment down below!
Continue...
Page 21 of 27
XenPorta 2 PRO © Jason Axelrod from 8WAYRUN.COM