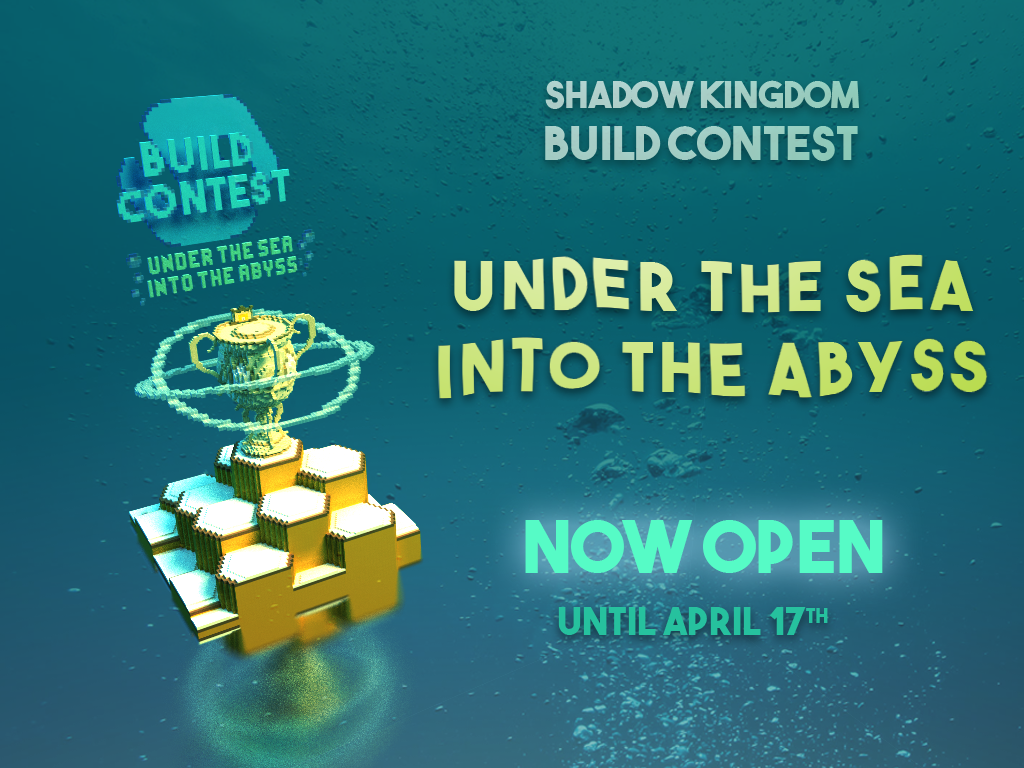 The contest has now been officially concluded. The results will be announced on April 24th!​
Dear everyone,

The results from the theme poll are in! With a big majority for the theme Under the Sea / Into the Abyss!
Below are the final results of the poll.

Theme description:
As we dive down the sunlight fades. More and more fish are swimming with us. While the water surrounding us cools down, I turn on my lamp and see the most beautiful things through my crystal clear goggles. What will you be making in this underwater themed contest?


Rewards:
For this contest, we will award the following to the top ten builds:

When do we start?
Right now! When this announcement is made, the contest will begin, and everybody can participate! The contest will run until the 17th of April and results will be announced one week later on the 24th of April.

After three very successful build contests, it is finally time for our fourth official Creative Build Contest! But this time there will be an exciting twist for those who were always wondering how their building skills compare to our Creative staff members!

For this contest, our most skilled staff members will build something with the same theme and restrictions alongside you! Don't worry though, their builds will not be part of the actual ranking so they will not steal any prizes. Instead, their builds will be ranked separately, based on the votes of our amazing players!

The contest will run from the 27th of March to the 17th of April. This contest’s build time will be three weeks, giving everyone enough time to build something breathtaking! You can join the build contest by claiming a plot at /warp Contest.

Poll:
The contest theme will once again be decided by you, through a poll. With four brand new themes everyone should be able to find one they like.

Congratulations to everyone who took part in this contest, as usual judging was difficult due to the excellent quality of builds.

Everyone who took part now has 2 weeks to copy their build to the regular plotworld and submit it from there if they wish. The top three builds will be copied to the museum and can be submitted from there. Store coupons and build points will also be distributed over the next few days.

Here are the winners of the contest:

Many thanks once again to everyone who participated, and the staff team for judging. Keep building!
Continue...
Page 6 of 30
XenPorta 2 PRO © Jason Axelrod from 8WAYRUN.COM